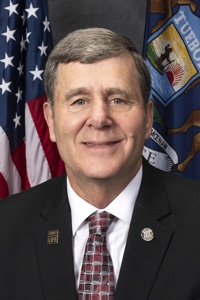 LANSING, Mich. — Over the last two weeks, the state Legislature negotiated and gave final approval to the fiscal year 2020 budget plan, only for the governor to cut significant portions out on Monday.

“I am proud of the budget we sent to the governor,” said Sen. Kevin Daley, R-Lum. “It was a responsible plan that used existing revenue to reach record funding for roads and schools, while also funding countless other important programs and services that people rely on.”

On Monday evening, just days after the Legislature gave final approval to each of the budgets, Gov. Gretchen Whitmer cut a number of items that would benefit rural communities across Michigan.

Included in Whitmer’s vetoes was funding for public charter schools; funding for PFAS research and remediation and private well testing; funding that would help ensure veterans receive the services they deserve; over $75 million devoted to rural health care and hospitals; grants for autism programs; and measures specifically aimed at helping Michigan’s rural and farming communities.

Funding for a new 100-bed facility in Caro was left untouched after residents and lawmakers pushed back on the administration’s original plan to close the Caro Center.

“Fixing Michigan roads has been a major debate between the Legislature and the administration, but I never imagined it would come to this,” Daley said. “She spent her entire campaign talking about how she was going to be the one to fix our roads, yet she denied nearly $400 million  dedicated to fixing local roads and bridges. I don’t understand why she thinks taking away $375 million from our roads is a better solution.”

Daley said while the governor’s vetoes are certainly disappointing, he remains committed to his work in Lansing to keep Michigan moving forward.

“While I respect her right to use her veto pen, I am incredibly disappointed the governor chose to use it to eliminate funding for so many things that should not be partisan matters,” Daley said. “My focus remains on putting political games aside and fighting for communities in my district.”

The lawmaker also encouraged constituents to contact the governor’s office and share their concerns about her veto choices and how they will affect the daily lives of folks in farming or rural communities.